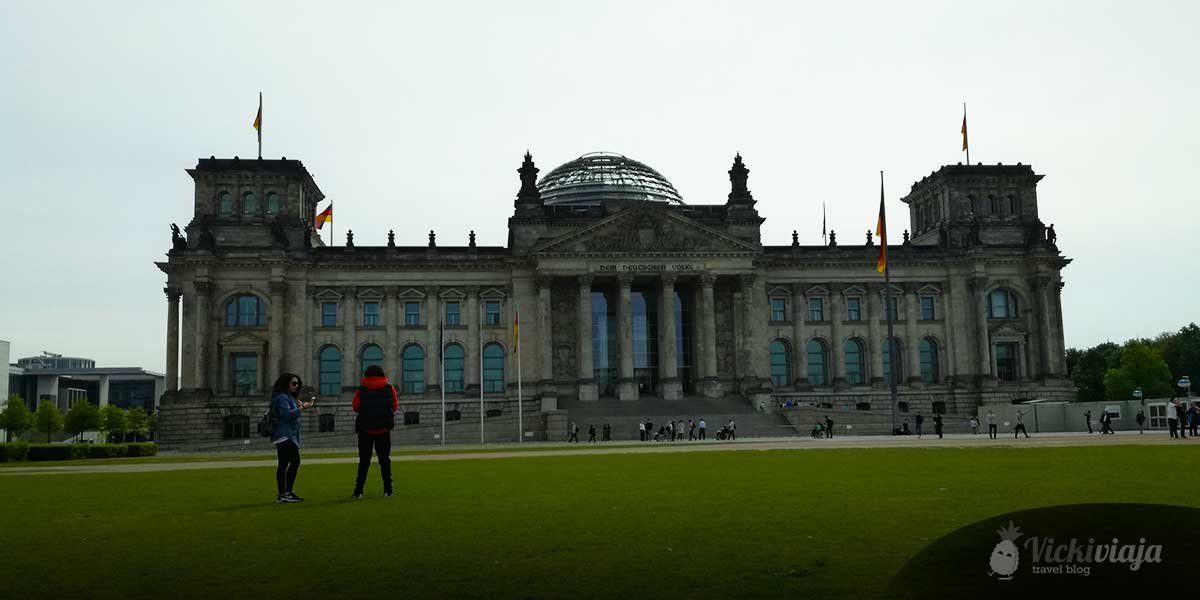 I have lived in Germany for 22 years of my life. Actually, I never lived more than 25 km away from my hometown. Until I packed my bags back in 2016…

At first, I went to work in the Maldives for 3 months. Since then I am living the in sunny city Barcelona. If I will ever move back to Germany is still unclear, but definitely not planned anytime soon.

The decision to leave my homeland and familiar surroundings was surprisingly easy for me. I’ve already been on some longer trips before. (like an internship in China and a summer school in Taiwan) and have always been able to adjust pretty fast to new environments. Little did I know that actually moving to another country for good was so different. I realized that when I was already living in Spain for some time. Suddenly I started to miss little things that have been normal for me for all my life and now were missing.

Keep reading to find out which kind of things I am talking about.

I guess this point is the most obvious. Since I am living more than 1500 km from home, I see my friends and family in Germany less and less – maybe 1-2 times a year. I miss birthdays, Family Celebrations, and simple meetings with friends that before, I could see every day if I wanted to.

Anyway, the internet helps to stay in touch, but, of course, conversations via WhatsApp, skype and Co. are just not comparable to a meeting in real life.

Anyway, when we can finally manage to meet up, it feels even better.

Punctuality is a virtue – At least that’s what my Latin teacher said everytime I was late for his class.

Yes, I have to admit, I was never a really punctual person. Back home, being late means 5-10 minutes later than the time that was agreed. Here in Spain, like that, I am still the earliest and have to wait for everyone else.

Anyway, not only in Spain but also in other places that I traveled to it doesn’t seem to be that important to be on time.

Sometimes I miss the times when you are supposed to meet around 8 and get this weird look when you actually arrive at 8. (In Germany, many people would even arrive 5 to 8 because for some people, it can be even seen as unpolite being there last minute)

If you are asking Germans living abroad what they miss most about home, probably the answer you will hear most often is bread.

And this answer is definitely reasonable. In Germany, you can find a huge amount of different fresh pieces of breads. From Black bread to Full Grain Bread up to White Bread.

In other countries this is not always the case. Here in Spain, it can be quite difficult finding other kinds than white bread in the supermarket or bakery even though Spaniards love to eat bread with every meal they are eating. (Besides with soup)

Luckily, in Spain, we also have the German Supermarket Chain Lidl that sells at least one kind of German Full Grain Bread. (But also Pretzels and my beloved Cheese Bread buns). So, even my Spanish partner wonders: Why isn’t this kind of bread much more popular here? It tastes so much better.

In Germany, my daily habit of drinking water with gas seemed completely normal to me and I never questioned whether it was normal in other countries as well.

And while my boyfriend doesn’t like to drink “this sprite without taste” and prefers drinking tap water everytime we are in Germany, I am using every chance I get to drink my beloved sparkling water. Here in Spain, the water with gas usually cots much more than the non-carbonated mineral water.

While I was living in Germany, I somehow always assumed I was too chaotic to be German and would fit much better in a foreign country. Little did I know how much German is actually in me…

According to the motto “Everything is gonna work out somehow” most Spanish people are organizing their lives. In the meantime, I am having a hard time staying calm when all of our plans change spontaneously or the conclusion of our planning is again “Let’s see what we are gonna do spontaneously”. Just in order to realize in the end: Maybe next time we should be planning this better. We Germans simply love making plans and sticking to it.

By the way, do you already know the best day trips from Frankfurt? Check out this post by travels of a bookpacker.

Another aspect that many Germans abroad are missing are drugstores like DM, Rossmann, and Co. Here, you can just find everything you could possibly need.

Even though obviously, we also have drug stores in Spain (e.g. Clarel), they are a little bit different than the German ones. The main difference is the variety of products. In Germany, there are many different brands for every budget and also the range of products is much bigger. Due to their lack of budget brands, many things can be quite more expensive in Spain.

That’s why, usually, I try to buy my lotions and make-up in Germany.

I guess most countries share their dinner time more or less with Germany. A big exception is Spain. Here, people are having their dinner usually just around 09-10 pm while in Germany it is common to have your dinner around 06-08 pm.

Not only do I get hungry earlier than 09 pm but also it is pretty unhealthy eating right before going to bed. People that eat so late are more likely to gain weight but also often don’t manage to get a deep relaxing sleep. No wonder that the Spaniards need their Siesta Time every afternoon. On the other hand, to be honest, there are not many overweight people here, though.

Eduardo and I compromised on having dinner between 08 and 08.30 pm. The only problem is, when friends spontaneously want to invite us to dinner, we often already have eaten one hour ago. 😀

Not only German dinner but also German cafes are amazing. Check out the best cafes and coffee in Hamburg by Megan Starr.

We usually eat a typical German dinner: Wurst- und Käsebrot. Which is basically full grain bread with dry meat, ham or cheese, or just a soup. Speaking of which…

Especially in the cold winter months, there is nothing better than eating a hot soup after a long grey day. And I am totally into tomato soup. Even though it is not a typical German dish, you can buy it everywhere in Germany.

We usually connect tomato soup to Mediterranean Countries. Even weirder that is is not common in Spain. When I met my partner, he had never tried a tomato soup before. A similiar thing which is popular in Spain is the Gazpacho, which is a soup served cold made out of vegetables (mostly tomatoes) and garlic.

Since some months I see more and more tomato soups showing up in some big supermarket chains around Spain, but they are just super pricey.

That’s why I either have to make the soup myself (which is much more healthy in the first place) or buy it in Germany.

Germany is a popular destination in Winer time. With its delicious Christmas delicacies, hot beverages and Christmasy flair German destinations are just the place to be during Winter season.

What a pity, we don’t have such Christmas Markets here in Barcelona. Glühwein (Mulled wine) and Kinderpunsch (Hot fruit juice) always belonged to Christmas season for me. Even a bottle of Glühwein that you can buy at Lidl can’t make up for that.

The whole Christmas time is just so different in Spain compared to Germany. Even though there are a lot of Spanish Traditions that I highly enjoy (I’m looking at you, Turron) there are also a lot of German things that I am missing. It already starts with the fact that I can’t open my Advent calendar on the 01st December and neither does someone light a candle on every Sunday on our Christmas wreath.

In Germany, we celebrate the Nicolaus Day on the 06th December where kids will find chocolates and candies in their boots in the morning. This tradition is completely unknown to Spaniards. Even though unlike in Germany, the 06th December is even a bank holiday here in Spain. (Día de la Constitución –  The Day of the Spanish Constitution)

Another thing I am missing a lot during Christmas time are the self-made cookies of my mom and sister as well as traditional German Christmas Treats, such as Baumkuchen, Spekulatius and Cinnamon Star Cookies.

Having dinner and learning interesting things at the same time? Welcome to Galileo. It’s basically a German evening TV show full of little documentaries. Even though I often had to work when Galileo was on I enjoyed every dinner I could have while watching it.

In Spain, usually, there is just boring stuff on TV while we are having dinner or movies of which we already missed half. Luckily, Galileo has their own Youtube Channel which allows me to at least watch some of their episodes from Spain.

In Germany, I went to work and University every day by car. Here in Barcelona, I am too scared to drive myself. Even if I just go by bike sometimes it can be pretty stressful.

Red traffic lights seem to be just decoration and everyone just goes the way they feel like.

Luckily, we have a pretty good developed Bus- and Metro system. This way you can basically get everywhere even without your own vehicle.

In Germany, the traffic  (not always, but you know what I mean) seemed to be flowing flawlessly. Also, the fact that on the highways, there often is no speed limit makes you get to your destination much faster.

I have to admit when I was still living in Germany I actually ate this dish not quite often. But now that I am living abroad I am thinking of this delicious treat, which is typically for Berlin, all the time. Basically, “Currywurst und Pommes” was the first dish we had after arriving back from 7 months in Asia during our stopover in Frankfurt.