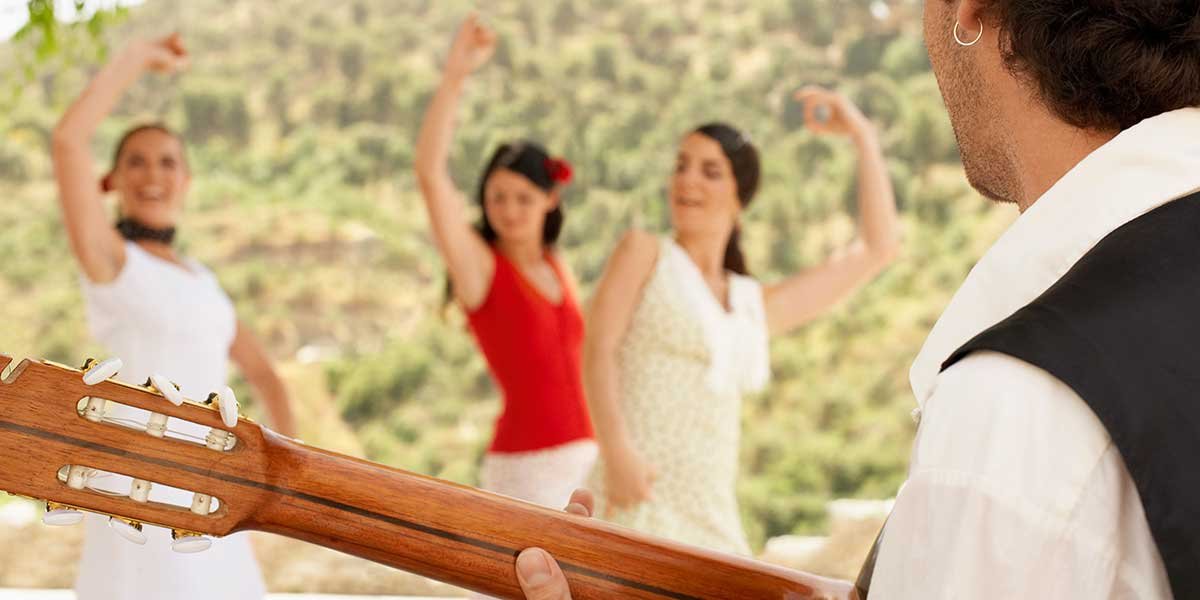 Spain has been considered one of the most popular tourist destinations in the world for years. It’s hardly surprising because not only the sunny weather and the delicious Spanish food but also the exciting culture and the always cheerful inhabitants of Spain magically attract us. But what are people from Spain called?

In this article, I will explain to you what you call people from Spain and what you call someone from each of the provinces of the country (e.g., What are people from Barcelona called and what are the inhabitants of Madrid or Seville called). We will deal with the roots of the different names. This way, we can address every single local by the correct demonym.

What are people from Spain called?

What do you call people from Spain in Spanish?

What is the difference between Spaniard and Spanish?

Spaniard is a noun describing a person from Spain. Example.: “He is a Spaniard.”

On the other hand, Spanish is an adjective describing something from Spain. Example.: “This olive oil is typical Spanish.” (Meaning: “This olive oil is typical in Spain“). So when referring to a person from Spain, you should use the term “Spanish” as an adjective: “He is Spanish.” In this case, saying: “He is a Spanish” would be incorrect, while saying “He is a Spanish Person.” would be correct.

However, if you use Spanish as a noun, it usually refers to the Spanish language.

Fun Fact: Spanish as a language includes the Spanish spoken in Spain and Latin America. If you want to refer to the Spanish only spoken in the country of Spain, you should call it Castilian or Castilian Spanish.

So, which term is more commonly used: Spaniard or Spanish?

So, if you ask a Spanish person to tell you which nationality they belong to, they will most likely introduce themselves as “I am Spanish.” rather than “I am a Spaniard.”

Nowadays, the term “Spanish” seems to be more commonly used.

Nevertheless, that being said, especially in the US, the term “Spanish” is often incorrectly used to refer to anyone speaking Spanish as their native language. That would include people from Spanish-speaking countries in Latin America.

So if you want to make it really obvious that the person you are referring to is from the country of Spain, the word Spaniard leaves no doubt about it.

The difference between Spaniards and Hispanics

The difference between Spaniards and Iberians

The term Spaniards refers to the inhabitants of Spain, which also includes the country’s islands. On the other hand, Iberians are the early historical inhabitants of the Iberian Peninsula, i.e., today’s Portugal and the Spanish mainland.

The difference between Spaniards and Latinos

Spaniards are persons with a Spanish passport or of Spanish descent. Latinos, on the other hand, are persons from the Latin American continent. The term is primarily used in the United States to refer to persons of Latin American descent, usually someone with Spanish as their native language.

What are people from Barcelona called?

People who live in Barcelona are called Barcelonians. While the term Barcelonese (derived from their Spanish name Barceloneses) is also common, Barcelonians is actually the correct term.

And how do you call the city?Why not to call Barcelona Barca and how to call it instead

What are people from Madrid called?

The people from Madrid are called Madrilenians (derived from their Spanish name Madrileños).

What are the people from Seville called?

The inhabitants of the Andalusian city of Seville are called Sevillanos. Here, their Spanish name, sevillanos, was adopted word-for-word into English.

What are the people from Mallorca called?

What are the people from Ibiza called?

The inhabitants of the Balearic island of Ibiza are called Ibicenco or Ibizans. This derives from the Spanish name Ibicenco. In Catalan, however, the Ibizans are called Eivissenc.

What are the people of the Canary Islands called?

The inhabitants of the Canary Islands are commonly referred to as Canarians. They are divided into Tinerfeños (from Tenerife), Grancanarios (from Gran Canaria), Palmeros (from La Palma), Majoreros (from Fuerteventura), Gomeros (from La Gomera), Lanzaroteños (from Lanzarote) and Herreños (from El Hierro).

What are people from Catalonia called?

The inhabitants of Catalonia, in northern Spain, are called Catalans. This derives from their Spanish name Catalanes.

What are people from Andalusia called?

The inhabitants of the Spanish Souther Region of Andalusia are commonly referred to as Andalusians. This derives from their Spanish name Andaluces.

In Spanish, there are the so-called Gentilicios. These are the denominations of the inhabitants of the individual provinces of the country. In total, the country is home to 50 different provinces in 17 autonomous regions.

Thus, there are 50 different ways to call the Spaniards in different areas. In the following table, you will find the Gentilicios of the 50 Spanish provinces and their English translation.

*Not for every Spanish province, there is a proper English name. In this case, I have translated the designation from Spanish following the scheme.

People from Spain are called what in different languages

In the table below, you can find examples of what Spaniards are called in other languages.

FAQ about names of the Spanish

Is it offensive to call Spanish people Spaniards?

The term Spaniards is the correct noun to refer to a person from Spain, and therefore, not offensive at all. However, the term Spaniard has been used in a bad context throughout history and might consequently have a bad connotation for someone who has read the word in such a context before or for someone unfamiliar with the English language.

Is Spanish someone from Spain or any native Spanish person?

The term “Spanish” only refers to people from the country of Spain. You might refer to people from other Spanish-speaking countries as “Latin American,” “Latinos,” or the demonym of the country they are from, i.e., “Mexican,” “Columbian,” or “Peruvian.”

Is it offensive to call people from Latin America Spanish?

It’s not offensive per se to call a person from LATAM Spanish. It’s simply not correct. It would be like calling a person from the USA “English.”

What do you call Spain in Spanish?

Spain is translated as España in Spanish. The word derives from the Latin word Hispania, which denotes the former colony territory of the Roman Empire on the Iberian Peninsula.

What was Barcelona called in the past?

What was Spain called in the past?

The ancient name of the Roman Empire for the Iberian Peninsula was Hispana.

What was Madrid called in the past?

The origin of the name Madrid is not yet clear. However, it is believed that the city existed under Arab influence since the 9th century under the name of Madschrit.

The city of Barcelona is called neither Barca (the Spanish word for boat) nor Barça. The latter is used exclusively for the FC Barcelona soccer team.